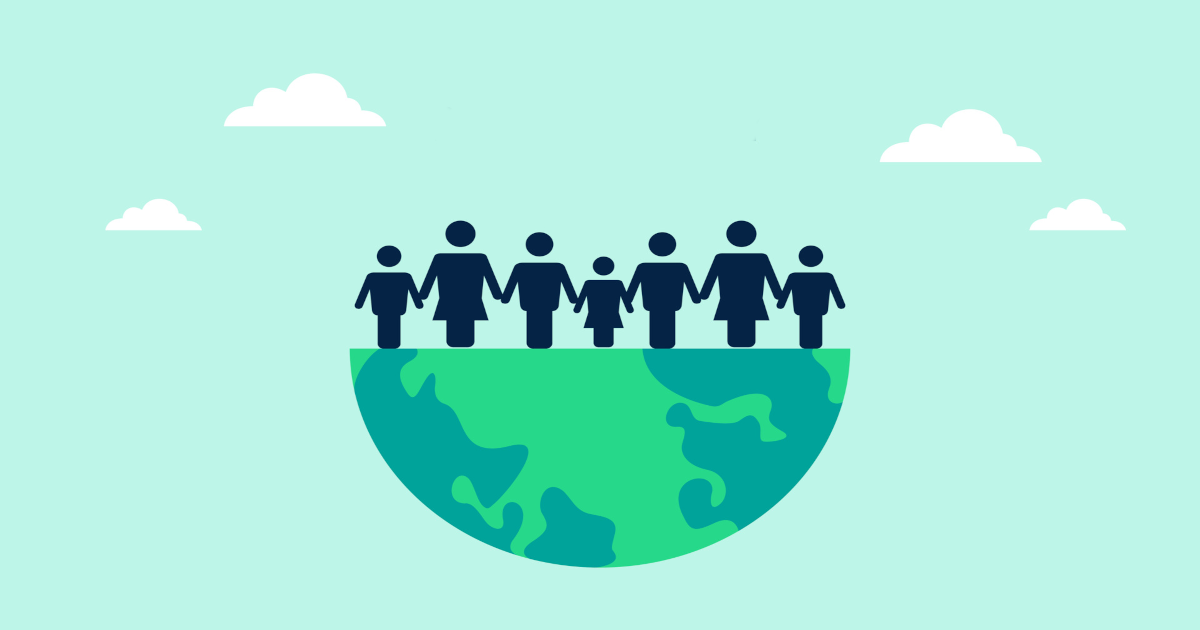 Numbers From Around The World: How the census changes country to country

The first census conducted in the United States can be found in the year 1790, when its results were used to help apportion the burgeoning House of Representatives. However, the first ever census can be traced back many years before - many many years, in fact. Thousands, even. It is speculated that the first census ever conducted was by the Babylonian Empire in 3800 B.C.E. as a means of keeping stock of their inventory - livestock, ingredients, the works. You also have the Han Dynasty in China who accounted for its immense population in 2 C.E., one of the most impressive early feats.

All this is to say that the idea of a census is a global strategy, one which has adapted based on geography and culture, but has also been standardized thanks to the work of the United Nations. As a result of its centuries long evolution to the process we have today, we wanted to explore briefly some of the ways in which the censuses found around the world are both similar - and different - to the one we at Censtats can't stop talking about.

So, to begin: is the U.S. Census anything special?

Though the United States wasn't the founder of the modern census (that claim to fame lies with Iceland in 1703), it is notable for having its census found in its constitution, a trait it shares with a few other countries such as Pakistan. With other countries, they tend to have a law that requires the survey to be held. Additionally, the results of each census in the U.S. is used to reapportion the House of Representatives, a trait shaired with the Philippines, meaning that the structure of the chamber is in flux based on the results of the census.

However, beyond these elements most censuses around the world have a lot in common with how the U.S.'s version operates. Most censuses typically occur on a five or ten year basis, and if not enshrined in a constitution they are often upheld by law. For example, the Brazilian census is conducted by the Brazilian Institute of Geography and Statistics who are legally the only institution in the country allowed to handle the process, and subsequently have one of the most comprehensive censuses in the world. On a similar note, an agreement amongst all nations in the European Union means that each member state must hold a national census once every ten years, starting in 2011. This ten year timeframe, known as the decennial, is the recommendation of the United Nations.

How the censuses have been conducted is a task that governments and statistical agencies have had to contend with world round. In 2006, Canada allowed for citizens to answer the census online for the first time, and in 2010 Japan followed suit. This has been a solution conjured in the face of growing populations, especially with the 2010 Chinese census where approximately 10 million census workers needed to account for over a billion people.

Across the history of the census, the core of the process has been in accounting for the population of a given country. What then differs is the essential information of an individual - for example, the question of caste in India - while questions of housing arrangement, education, and marital status are fairly universal to every survey in the world. In the most specific of details, how any given census inquires about race may change was well, be it asking about skin color as opposed to simply asking about race and/or ethnicity.

In total, there are only six countries that have been without a census since 1990: Afghanistan, Eritrea, Lebanon, Somalia, Uzbekistan, and Western Sahara. Historically, censuses have been proven to be difficult to hold when a given place is in the midst of conflict, such as when Brazil cancelled its 1930 census because of revolution at the time. There were also often evolutions of the survey done when a nation came out from under imperial rule, such as Nigeria's census beginning to cover the entire country after gaining independence in 1960 as opposed to only the southern regions, or when certain ethnic groups were excluded from comprehensive censuses such as American Indians in the United States until the early to mid 20th century.

Overall, thanks to efforts to help improve the census, be it by the United Nations standardizing its format or Brazil assisting Senegal with their census, the survey has become rather universal in its approach and purpose. Every country comes with their own census and their own "Bureau of Statistics," and surprisingly (or maybe unsurpisingly at this point) their histories have a lot of intrigue to them. You can read more on this at the Population Reference Bureau's cool and brief timeline of the census throughout the ages, or even use this directory as a springboard for your next Internet rabbithole.